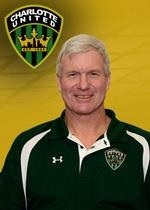 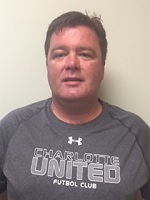 Steve was born and grew up in Lurgan Northern Ireland, before coming to the United States in 1993 on a soccer scholarship to UNC Greensboro. While in Ireland, Steve had a lot of success playing at the youth level, including multiple tournament victories in N. Ireland and Scotland with Dungannon Swifts, as well as winning the N. Ireland youth cup with club team Portadown. Steve also represented his country by playing for Northern Ireland at the youth and schoolboy U15-U18 level. Steve carried his success all the way to UNC Greensboro by being named team MVP his freshman year with the Spartans. Steve was then named team captain and led the Spartans to two conference championship titles, as well as three NCAA Tournament appearances.

Steve began his coaching career as a Director of Coaching at High Country Soccer Association in Boone, NC, before moving to Charlotte Soccer Club. He spent three years as a Director of Coaching for Charlotte Soccer Club, working with 11-14 year olds. He then moved down to Louisiana for a year working closely with the Executive Director as the Girls Director of Coaching for New Orleans Soccer Academy. In his second stint with Charlotte Soccer Club, Steve was a Director of Coaching overseeing all ages and programs at the club. After a couple years in Charlotte, Steve transitioned from youth soccer to the college game, being named the Men’s Assistance Coach at UNC Wilmington. In Wilmington, Steve was apart of two CAA regular season Conference Championships, a CAA Conference Tournament Championship, an NCAA Tournament appearance, and named NSCAA Regional Assistance Coach of the Year.  After three years as an Assistance Coach with a top notch Division 1 program, Steve and his family moved to St. Petersburg, Florida where he was named the Men’s Soccer Head Coach at Eckerd College. In his second season in charge, Steve guided the Tritons to their first winning season since 1984. 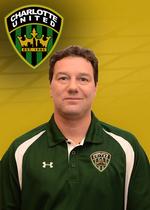 Ian grew up in South Yorkshire, England and came to the U.S. in 1989 to play college soccer at UNC Charlotte. While there, he captained the team during the 1992 and ’93 seasons. In 1992, he received both the team’s “Most Valuable Player Award” and also the “David Schlee Award” for showing the most desire to succeed. Ian was also an “Academic All American Scholar Athlete” and a UNC Charlotte “Outstanding Senior” in 1993.

He is currently in his fifteenth year as an 8th grade English teacher, varsity coach, and student advisor at Charlotte Country Day School (CCDS). During his time at CCDS he has received the “Faculty Exceptional Performance Award” in 2000, and the “Carl Bolick Coach’s Award” in 2001. As coach of both the varsity boys’ and girls’ teams, he has been recognized three times as the North Carolina Independent Schools’ “Coach of the Year.” His girls’ team has played in three state championship games, winning in 2006. 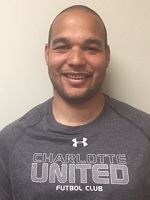 Andrew is the U13-U14 Girls Director and is in his 5th year as a member of the Charlotte United Staff.  Andrew was born in Fayetteville, NC in 1985 where he played club soccer for the Fayetteville Force. Andrew then moved to Newbury, England where he played both soccer and rugby for St. Bartholomew's preparatory school. After a three year stint in England, Andrew moved to Charlotte, NC. After playing for South Mecklenburg High School and captaining the side his senior year he was recruited to play at UNC- Pembroke.

At UNCP, Andrew was a member of the 2004 NCCA Final Four team. Andrew was a two time all conference and all region performer at UNCP playing multiple positions in his time there. Andrew graduated in 2009 with a Bachelors Degree in Exercise and Sports Science. 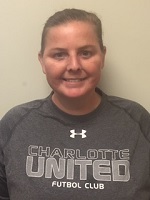 Catey Stewart is entering her 4th year at Charlotte United.  She is currently the Director of the Elite Academy and U11/U12 Girls Classic Program.  Catey played collegiately for Catawba College where she was 2 time South Atlantic Conference Player of the Year and All American.  She scored 59 goals throughout her career and is currently still the record holder for most goals scored in the program’s history.   In 2013 Catey was inducted into the South Atlantic Conference’s Hall of Fame and in 2014 she was inducted into Catawba College’s Hall of Fame.

Catey began her coaching career in 2001 at High Point University as the Assistant Women’s Soccer Coach.  In 2007, she moved on to be an assistant director of coaching at Twin City Youth Soccer Association in Winston Salem, NC and was there until 2012 when she came to Charlotte United.  Since being at Charlotte United, Catey has worked with players ranging from U10-U15.