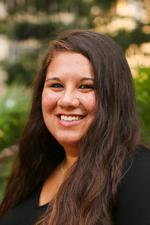 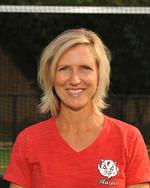 Coach Stofa started playing field hockey in middle school and played at Pocomoke High School winning a MD 1A State Championship, the second of 19 total in field hockey for the small Eastern Shore school. She played at and graduated from Salisbury University during which the team had an NCAA Division III Final Four appearance. Coach Stofa returned to coach at her alma mater Pocomoke for two years under coaching legend Susan Pusey during which the team won another championship following an undefeated and unscored upon season. Coach Stofa obtained a master's degree from George Mason University, played with the Washington Field Hockey Association, and held multiple coaching positions before taking time off from coaching to build her career and family. She returned to coaching in 2019.

Coach Stofa's greatest passion is developing and inspiring others in all sectors of life. She has a particular affinity for developing today's student-athletes to be tomorrow's leaders in business and in life. She is certified as a Mental Performance Mastery (MPM) coach and is currently in training to become an International Coach Federation (ICF) certified Life/Executive Coach, specializing in authenticity, mindset, and transitions.

Casey graduated from Academy of the Holy Cross High School in 2009 where she played both field hockey and lacrosse. In field hockey Fletcher helped the Tartans reach the WCAC Championship game in each of her four years on the team…Team claimed WCAC titles in 2006 and 2008…Racked up First Team All-American field hockey honors as a senior in 2008 and second team honors as a junior in 2007…Served as a team captain during her senior season…Played in the senior all-star game. The AHC Lacrosse team advanced to the WCAC Championship twice…Chosen as a “Player to Watch” by the Gazette Newspaper in lacrosse…Named team’s Most Valuable Player following her junior season. She went on to graduate from Elizabethtown College in 2013 where she played both field hockey and lacrosse all four years. Fletcher helped the Blue Jays appear in four lacrosse MAC Championships winning the MAC in 2010, 2012, and 2013... and playing in three NCAA tournaments.

My name is Rachel Johnson and I am 19 years old. I graduated from Gaithersburg high school in 2018. There, I played on the varsity lacrosse team all four years and was selected as a captain my senior year. I also played on the first field hockey team my junior and senior year. I am currently attending Montgomery College where I am majoring in public health. I have been coaching, in various sports including swimming, lacrosse and field hockey, for the past three years. I have a passion for the sport of lacrosse and I enjoy being able to coach the younger generation of players into becoming the best they can in every aspect of the game. 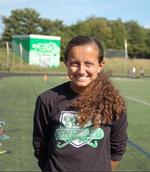 My name is Margi Stefanelli and I’ve been playing lacrosse for 12 years. I attend West Virginia University and play lacrosse there. I’m the newly elected treasurer for the team and I’m so excited for the season to start! Before college, I went to Our Lady of Good Counsel High School, where I played both field hockey and lacrosse. I’ve been coaching lacrosse for 3 years now and can’t wait to meet all of you!

My name is Andrea Villars. I am 24 years old. I attended high school at Watkins Mill where I played Varsity Field Hockey and Varsity Lacrosse. I went on to receive my bachelor’s degree in Psychology and minor in Spanish at Massachusetts College of Liberal Arts in North Adams, Massachusetts (MCLA). While I was at MCLA, I also was a part of the Women’s Lacrosse team playing as a defender and was captain my junior and senior year of college. I have also coached a couple girls lacrosse teams while I was attending college in North Adams. MA. Now that I have retired as an student athlete, my goal is to be able to help the next generation of girls take on the field with more confidence and more lacrosse skills while having fun!