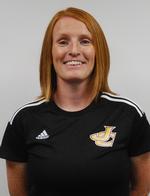 Dolores Deasley begins her 13th season as head coach of the Jones College Bobcats in 2020.

She has compiled a fantastic record of 153-42-3 (.780) during her tenure as head coach and has guided Jones to five MACJC/Region 23 championships. JC has been a mainstay in the national polls as well, ranked as high as 7th in the NJCAA.

Under Deasley's watch, dozens of players have received all-conference and all-region honors and six have earned NJCAA All-American recognition, including two-time selections Aimee Durn and Kelly Stubbington. In addition, 37 players have continued their careers at the four-year level, including a program-best nine off the 2019 roster.

Off the pitch, Deasley, a native of Drumkeen, Ireland, has taken the Bobcat soccer team on spring break trips to her home country in 2012, 2014, 2016 and 2018. The team and players travel, sightsee, take tours, learn more about the game and play Gaelic football.

Ranked 14th in the NJCAA to start the 2019 season, JC ended the year 12-7 overall, as south division co-champions and advanced to the MACJC Semifinals. Seven of the Bobcats' 12 wins came via shutout.

Jones posted a 14-3 record in 2018, winning the conference title on its home turf, 6-1, over Gulf Coast. They then whipped LSU Eunice 8-1 for the region title before falling in the NJCAA South District playoffs at No. 1 Tyler (Texas) 3-1. The Lady Bobcats were ranked No. 10 in the final NJCAA Division I poll.

Jones was 10-3-1 and captured the state/region crown in 2017. The Lady Bobcats upset previously unbeaten and No. 16 rated Holmes, 3-2, in the title match. That earned them a berth in the NJCAA District H playoffs where they hosted and lost to No. 4 Eastern Florida, 4-0. JCJC ended the year 20th in the nation.

In 2016, the Lady Bobcats notched a 15-2 record and won its third MACJC/Region 23 championship. Jones defeated Pearl River 6-1 in the semifinals and Holmes 6-1 in the tournament championship game. Jones traveled to Melbourne, Florida, to face Eastern Florida State College in the NJCAA District H playoffs where they fell 5-3. Jones ended the season rated No. 8 in the final NJCAA Division I regular season poll.

JCJC posted a 13-4 record, advanced to the MACJC/Region 23 championship game and was ranked as high as 18th during the 2015 season.

In 2014, Deasley led JCJC to a 16-1 record and an MACJC South Division crown. JCJC finished the season rated No. 19 in the NJCAA Division I poll and they were ranked as high as No. 7 at one point. The Lady Bobcats fell in the MACJC/Region 23 Tournament semifinals to Pearl River, 4-2 on penalty kicks.

Deasley led JCJC to an MACJC/Region 23 championship and an NJCAA Tournament appearance in 2013. The Lady Bobcats ended the year with a 17-2 record, which was a school record for victories in a season.

The Lady Bobcats captured the MACJC/Region 23 Tournament with a 6-0 victory over Pearl River and then hosted the NJCAA District H playoff game vs. Eastern Florida State College. It was the first time ever for an NJCAA soccer playoff game to be held at JCJC. EFSC defeated JCJC, 2-0. The Lady Bobcats were ranked No. 12 in the final NJCAA Division I poll and were ranked as high as No. 10 in the nation during the regular season.

Deasley guided the Lady Bobcats to a 15-3-1 record in 2010, south division championship and first-ever MACJC and Region 23 championship. JCJC defeated Itawamba, Hinds and Meridian by identical 1-0 scores. JCJC advanced to the finals of the NJCAA District E Tournament in Tyler, Texas, where they fell to top-ranked Tyler Junior College.

The Bobcats finished 7-7 in Deasley's first season in 2008. JC just missed out on the playoffs in her second season when they fell to Mississippi Gulf Coast in a penalty shootout in the season-finale. They ended the year 11-4.

Deasley was an assistant with the women's program in 2007.

Deasley received a BS degree in education from Hofstra University in 2004 and her master’s in sports management from the University of Southern Mississippi, where she was an assistant coach for the Lady Eagles’ soccer team.

During her senior year at Hofstra, Deasley was named Female Student-Athlete of the Year, the Colonial Athletic Association’s Defensive Player of the Year, First team All-CAA, Third Team All-American and First Team All-Region by the National Soccer Association of American and Soccer Buzz magazine.

A member of the Irish National Team since 1999, Deasley has also played for the New York Magic, the Long Island Lady Riders and was a Women’s Premier Soccer League national champion with the Long Island Fury.

Deasley is the daughter of William and Bridget Deasley and has five brothers and four sisters. 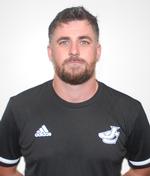 Three-time MACCC Coach of the Year Brendan Connolly returns for a sixth season in Ellisville.

The Belfast, Ireland, native joined the JC coaching staff in August 2011 working mostly with the goalkeepers. He was an assistant coach for both the men’s and women’s teams at one time and an instructor in the HPR Department.

Connolly was named the Bobcats' head coach prior to the start of the 2016 season, taking over for Oleg Baleyev after 10 seasons.

Jones finished 13-4 in a CoVID-19 postponed season with a perfect 7-0 mark at home. They ran roughshod through the conference/region tournament, outscoring Holmes, Hinds and No. 12 Pearl River 17-3 to claim a third-straight championship.

Jones' 2019 squad was unbeaten in September and October and defeated MGCCC 4-3 in penalty kicks in the title match. JC started the year 4-4 before finishing 12-6-1.

Jones went 14-3-1 in 2018 and won its first MACCC championship with a thrilling, 2-1 OT victory over Southwest. The Bobcats advanced to the NJCAA South District playoffs for the first time in school history, dropping a 3-0 decision at No. 4 Tyler JC.

Connolly played soccer in Ireland for Newington, Glentoran and Cliftonville. He came to the United States in August of 2007 on a soccer scholarship to William Carey University. He was a part of the WCU men’s soccer program from 2007-10.

The Crusaders won the Gulf Coast Athletic Conference (GCAC) in 2007 and participated in the NAIA men’s soccer national championships in 2009 and 2010. The Crusaders were also ranked in the Top 25 during his time at WCU.

Connolly was named an Academic All-American in 2010 and graduated with a BS degree in Health, Physical Education and Recreation from WCU in August of 2011. He earned his master’s in Sports Management in 2013 at the University of Southern Mississippi.

Brendan is married to the former Kathryn Ferrell of Hattiesburg. He has two sisters, Martina and Lisa, and a brother, Gerard. 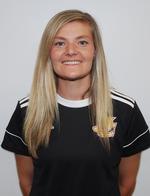 Tori Brook returns for her third season with the Jones College women's soccer program after being on staff in 2017.

The Bobcats have sported a combined 22-10-1 record in her two seasons with two south division championships and an MACJC/Region 23 Championship in 2017.

Brook is from Leeds, England, and came to the United States in 2011 to play at the University of West Alabama under head coach Graeme Orr.

She graduated from UWA in 2015, served as a graduate assistant at Southern Miss from 2015-17 and earned her Masters in Sports Management with an emphasis in event security management.

She also has acquired her US Soccer E License (Mississippi) and English Football Association Level I Coaching License.

Brook is the daughter of Mandy and Sean Brook and has a brother, Alex. 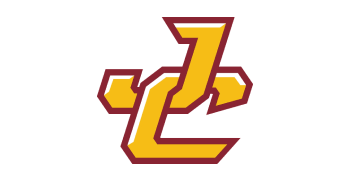 Jones College Athletic Camps are open to any and all entrants (limited only by age, number, grade level and/or gender)