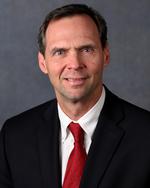 Scott Abell enters his second season on the Wildcat sideline after being named the program's 28th head coach in January 2018.

In his first season at the helm, Abell led Davidson to its first winning record since 2007, directing the ‘Cats to a 6-5 mark that concluded with a heroic goal-line stand on the final play of the season to secure the winning campaign.

The 2018 Wildcats snapped a 17-game Pioneer Football League losing streak with a 40-35 road victory at Valparaiso and earned national attention for a 91-61 Thursday night shootout victory over Guilford.

In Abell’s first year, the Wildcats reset 10 program records including rushing yards in a season (4765), rushing touchdowns (55) and scoring (494 points).

The Generals increased their yardage and points per game each season and set conference rushing records with Abell as offensive coordinator. He was promoted to head coach in 2012 and transformed the W&L offense into a national rushing powerhouse, leading the Division III in rushing in three of his last six seasons in Lexington. His 2015 squad went undefeated in the regular season, the first to do so in program history, and set records in total yards (5,439), rushing offense (4,773) and points scored (417).

Abell’s head coaching career started uphill in 1997 at Liberty High School, near Lynchburg, Va., where he turned an 0-10 program into district champions in three years. He moved to nearby Amherst High School, which had not brought home a state championship in a dozen years, and led teams to back-to-back state titles.

He played both football and baseball in high school, but his scholarship opportunity was in baseball at Longwood College. The Kansas City Royals drafted him to their minor league teams, where he spent two years – and hit a home run during his first at-bat – before turning to teaching and coaching football.