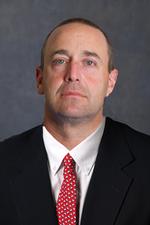 Berlin joined the Wildcat football staff after a five-year stint at Washington and Lee University where he worked with the linebackers and served as co-defensive coordinator for the final three seasons.

During his final three seasons with the Generals he helped lead the squad to a 24-10 record and a pair of ODAC titles. Linebackers under Berlin garnered four All-ODAC and two All-South Region honors, while he also coached an All-American and ODAC Defensive Player of the Year during that span.

Prior to Washington and Lee, he served as head coach at Rustburg High School from 2008-12. Berlin also had stints as an assistant at Amherst County High, Monticello High, Western Albemarle High and Albemarle High.

Berlin graduated from Mary Baldwin College in 1994 with a degree in history. He also attended classes at the University of Virginia where he received a special education certification from the Virginia Department of Education. Berlin went on to earn his master's degree in administration/supervision from Liberty University in 2004.

Jon and his wife Suzanne have three children; Hannah, Jack and Will. 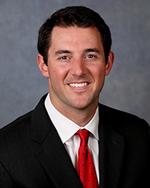 Mark Hogan enters his second season on the Davidson sideline, serving as the Wildcats safeties coach.

Prior to Davidson, Hogan served as a graduate assistant at Texas State University, working alongside the defensive coordinator and safeties. Hogan then returned to Charlotte for two seasons as a graduate assistant, working primarily with the outside linebackers. He also assisted with special teams prep and recruiting for the 49ers.

Most recently, Hogan served as defensive coordinator for Ardrey Kell High School in Charlotte. Hogan coached the WSOC TV Big 22 Player of the Year and a pair of defensive players who signed to play Division I FCS football.

Hogan was the 49ers recipient of the Charlotte Touchdown Club Bronco Nagurski Scholarship and named to the All-Independent first team defense. He finished his career with a total of 234 tackles, 17.5 for loss, and 4 interceptions. 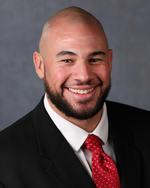 Steven Jackson enters his second season on the Davidson sideline in 2019, serving as the Wildcats special teams coordinator and defensive ends coach.

Jackson joined the Davidson staff after a one-year stint at Washington and Lee Universitywhere he served as the defensive line coach forthe Generals. Two of Jackson's defensive lineman garnered post-season awards and the unit led the Old Dominion Athletic Conference in sacks (26) and rushing yards allowed per game. In 2017 the Generals defensive ranked number one in scoring and total defense in the ODAC.

Prior to W&L, Jackson served as an assistant football coach and Foundations of Technology and was a teacher at South Hagerstown High School in Maryland from 2012-2016. In his role as assistant coach, he served as the offensive coordinator, strength and conditioning coordinator and offensive line coach.

Jackson earned a bachelor of science in physical education and health from Shepherd University in 2012.  He was a four-year starter on the offensive line and was a team captain for his senior season.  He was a two-time all-conference honoree, including as a senior when he received First Team All-WVIAC, first team All-Region and All-America honors.  As a junior, Jackson helped led the Rams to a conference title and the NCAA Division II Semifinals.

In high school, Jackson was an all-district, all-region and all-state honoree at Amherst County, leading the Lancers to a state championship in 2007.

Jackson and his wife, Lisa, have been married since 2012. 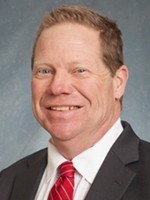 Ray McCartney enters his fourth season with Davidson football in 2019, serving as the defensive tackles coach.

McCartney joined the Army staff after spending 13 seasons at Wake Forest working for 2006 National Coach of the Year Jim Grobe. During that time frame, the Demon Deacons won 77 games, tied for most in school history and made more appearances in bowl games (five) than any other era in the history of the program. McCartney served as the defensive line coach and recruiting coordinator during his tenure at Wake Forest.

During McCartney’s time in Winston-Salem, N.C., Wake Forest won the Atlantic Coast Conference Championship in 2006 and played in the BCS Orange Bowl in 2007.

A tireless and well-known recruiter, McCartney has recruited or coached 23 players that went onto the NFL.

Prior to Wake Forest, McCartney spent five seasons at Ohio University as the recruiting coordinator and coached outside linebackers for two seasons before switching to defensive line in 1997.

From 1989-94, McCartney was the recruiting coordinator and coached outside linebackers at Ball State after a two-year stint at Wittenberg University as the defensive coordinator.

McCartney spent a season as a graduate assistant at North Carolina (1984) and Bowling Green (1985) after coaching at the high school level as an assistant coach for four years.

McCartney earned a varsity letter in 1977 at Guilford College before an injury ended his playing career. He graduated in 1980 with a degree in physical education and earned a master’s degree in teaching with an emphasis in sport management from the University of North Carolina at Chapel Hill in 1985. 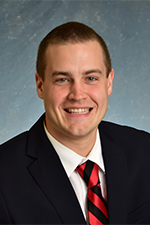 Before returning to his alma mater, McDaniels spent two seasons at Texas State University as the Offensive Skill and Special Teams Graduate Assistant Coach.  During the 2016 season McDaniels worked primarily with the Receivers and all of the Special Teams Units for Head Coach Everett Withers.  The Bobcats led the entire country in blocked kicks (8) in 2016.  In his first season at Texas State under then Head Coach Dennis Franchione, he worked with the Running Backs and Tights Ends while again working with all Special Teams Units.  He helped Running Back Robert Lowe become the first Bobcat since 1997 to rush for over 900 yards in three consecutive years.  Lowe finished his career 4th on the all-time rushing yards list (3027) and 4th in all-time rushing TDs (29).  In the kicking game that season, the Bobcats finished near the top of nearly every primary kicking statistic in the Sun Belt Conference and Receiver Brandon Smith was selected to the 2015 All-Sun Belt Conference Team as a Kick Returner.

Prior to Texas State, McDaniels served as the Offensive Quality Control Coach working with both the Quarterbacks and Receivers for Head Coach Bobby Wilder at Old Dominion University.  During his season at ODU he coached current Carolina Panthers backup Quarterback Taylor Heinicke, a two-time All-American and Walter Payton Award Winner (FCS Most Outstanding Player Award).  Heinicke is the all-time leader in every passing statistic in Monarch history.  He also worked with the two best statistical Receivers in ODU history: Zach Pascal and Antonio Vaughan. Pascal, a current member of the Indianapolis Colts, ranks in the top-two of every receiving statistic in Monarch history and Vaughan is the all-time leader in receiving yards for the Monarchs.

A two-year letterman and Senior Team Captain for the Wildcats, McDaniels ranked second among Receivers with 37 catches for 428 yards and three touchdowns as a Senior.  During his Senior season he also was the leading Punter and was named Davidson’s Special Teams Player of the Year by the coaching staff.  He finished his playing career as a three-time Academic All-Pioneer League Football Member.  His coaching career started during the spring of his Senior year when he transitioned from a player to an Offensive Student Assistant Coach.

Before becoming a Wildcat, McDaniels graduated from Del Rio High School in Del Rio, Texas after wrapping up a successful playing career by being named an Academic All State Receiver. He graduated from Davidson College in 2014 with a Bachelor’s Degree in Psychology with a Minor in Interpersonal and Mass Communication.  He has a Master’s Degree with Honors in Education and Sports Management from Old Dominion University and a second Master’s Degree with Honors in Mass Communication with an emphasis in Strategic Communications from Texas State University.