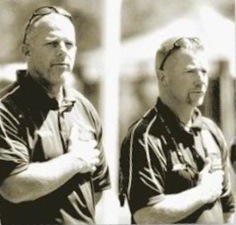 The cause of cancer awareness is particularly personal to two head coaches who participated in the inaugural "Checking for Cancer" festivities. John Nostrant, coach of The Haverford School, was diagnosed with prostate cancer in 2009, and Georgetown Prep coach, Kevin Giblin, is now in remission from his colon cancer. John and Kevin were roommates in college and line mates on the lacrosse field as players.

Both highly acclaimed coaches helped coach the United States U-19 Men's Team to the International World Federation Championship in British Columbia the summer of 2010. Each, however, has had to quietly but courageously endure private orals that are all too common to the thousands of individuals who are diagnosed with cancer each year.

There are no events at this time.